This was me when I was young and fit climbing the Black Cuillin on the Isle of Skye in Scotland! Those were the days before I got older and developed illnesses. It was in June 1967 wonderful weather and 3 months before I got married and had my honeymoon there. 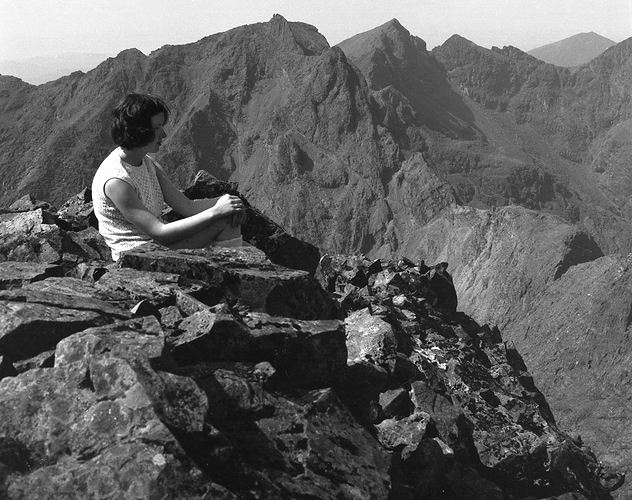 Yes, it was marvellous and look at me not in proper climbing gear it was far too hot! The perspective doesn't show it, but it was up Sgurr Alasdair which is the highest mountain on the Isle of Skye. We used to stop at the combined Post Office/Guest house which was far from the height of luxury, but it was the only place to stop in those days! The last time we went to Skye was 2008 and all it did was upset me as all I could do was look!