Medications for the HEAT!

Hi there! I’ve been sifting through numerous discussions. I’ve seen an array of treatments and medications that have been used with various responses. I know there isn’t ONE thing that works (or else we’d all be cured

) but I am curious about something that mainly controls the heat during the flares. I’ve been seeing a vascular specialist who is having me start Gabapentin (and after seeing the discussions here this has me more worried than optimistic about it lol). I’m not looking for the holy grail medication that eliminates all of the symptoms. I’m just curious if there are options that mainly help with the heat—the most excruciating part in my opinion.

My flares happen daily with varying degrees of pain. There’s very little consistency to the flares other than their daily occurrence. All I can do is lift my feet for hours at a time at night, but I notice the more I do this the less helpful it is. Any further insight would be great!

Hmm maybe others’ experiences will differ, but I personally found gabapentin to help primarily with the pain (less so the heat)? I couldn’t stand the side effects though so didn’t stay on it very long.

For heat, maybe beta blockers / clonidine would be more helpful? They will make your extremities colder … but for me I’ve learned that being cold is also a trigger for heat/pain/badness later … so if I take a beta blocker during a flare it will be helpful, but taking them on a routine basis will just make things worse for me if that makes sense? They do seem to help many people though.

My sense is gabapentin/lyrica are primarily pain-modulating (so are more likely to help many ppl with EM). Things that act on the blood vessels (anithypertensives + serotonin acting drugs) can help with heat but are kinda a crapshoot + individual

Have you tried lidocaine ?

I haven’t heard of half of these treatments but I’ll look into all of them! I’m just learning as I go and I appreciate the knowledge

I feel like I can handle the soreness and even the swelling since I don’t struggle with those too much unless I drink alcohol. It’s the heat that keeps me up at night. Did your doctor recommend those or did you do your own research?

And what is lidocaine?

Doctor recommended gabapentin/lyrica to me first – he wanted to treat the pain first. Doctor then prescribed a beta blocker (propranolol) which can be taken routinely or as needed (I learned “as needed” is best for me). I asked for amlodipine.

Lidocaine is a numbing agent. For some people I believe the cream burns on application

Have you read about Bob Bartholomew’s Protocol here?

Maybe you should try Clonidine and/or Atenolol. Side effects of Atenolol is cold hands and cold feet. It helped me a little bit, but I’m going to start with Venlafaxine this week.

Amoldipine works vasodilating and side effects are swollen ankles and flushes. It wouldn’t be my choice.

Our Daughter has had four years of Hell with EM

There months of taking 4.5 mg low dose Naltrexone and most of her symptoms have gone. Occasional, manageable flair. 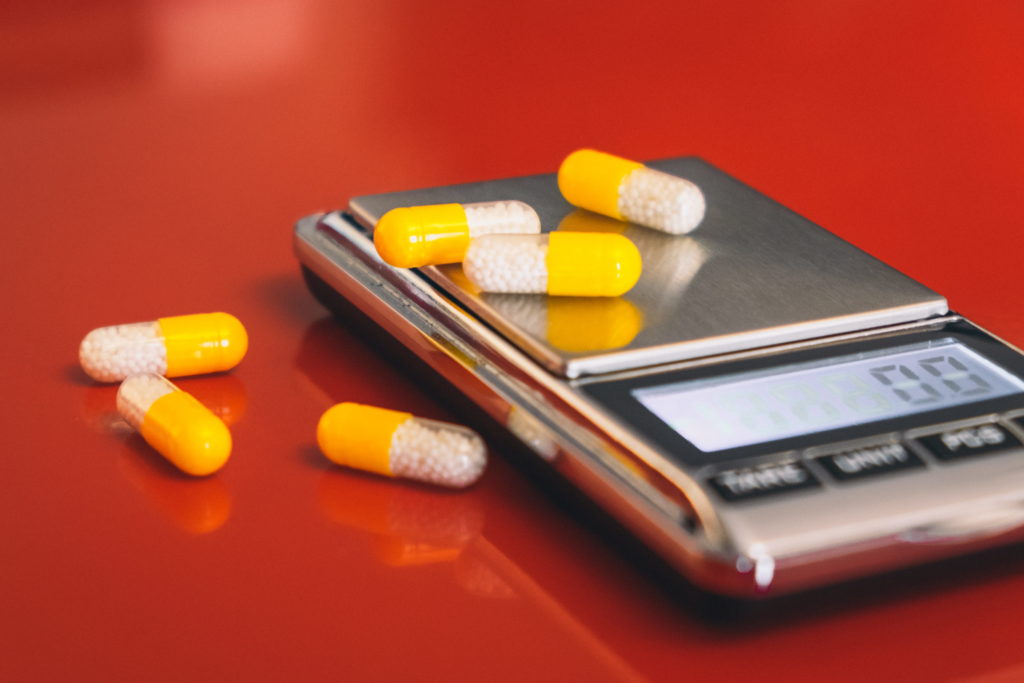 I have found that no medications help during flares, but I have been able to get great relief with a fine mister sprayer and a fan. This seems to get me right back and the sooner during the flare, the better. Medications which have helped me are: Cardivilol (alpha/beta blocker) and 10mg Amitryptiline at 7pm. Hope this helped you.

No side effects at all , it has low toxicity , it’s good to get away from a lot of the other meds which did have side effects. Truly we have found this to our miracle drug. If you read the article you will see it is used for Parkinson’s and MS to name just a couple.

@Davipot
Thanks for your reply, appreciate it. I plan on asking my pain doc about this next week. Glad your daughter had no side effects!

The electric fan is great! … I know it’s a hassle to always be running

to the fan everytime, but the sooner you stop the flare, the faster it goes down…I stopped using water and a bucket because it caused trench foot - which doubled the pain

I will have to bring this to my doctor—thank you!!

I’ve seen quite a bit of Bob’s protocol! I’m curious if it provides relieve for a long time? I’ve seen people say they’ve gone without flares for a couple weeks, but I’m curious if it is a true solution or if it’s short lived! Either way, I’ve been trying bits of it and intend to really kickstart it into my life!

Not to minimize the life-altering affects of EM for anybody, but I think some of us have mild EM, some severe and others everywhere in between. I honestly didn’t know I had EM for at least 30 years until 3 years ago when mild went to extreme on crack. I self-diagnosed 2 years ago but only 9 mos ago receive an official diagnosis. It’s been a very slow crawl trying drugs. Before I was diagnosed, my PCP did prescribe me Salsalate which is an aspirin based anti-inflammatory. I can tell when I forgot to take it because it’s an instant flare no matter what. I still flared anytime I did anything or at night but it helped. Then I tried adding gabapentin. I suffered though a lot of side effects until I was at the max dose, 2400 mg for a month and still, no help at all but before I quit I read to try Cymbalta with it, so what the heck. On the Cymbalta, I notice improvement right away. I still flare anytime I do just about anything but I can leave a fan off for a little bit every now and then and the flares aren’t nearly as bad, even at night (btw, I soak, it’s the only think that will bring down a bad flare). One the Cymbalta I went from soaking in cold water 7-8x day to 1-2x on a good day 3-4x on a bad day. So I’m weaning off the gabapentin, 2 weeks to go (again, no difference) and then I’m going to try Lyrica. There is a reason gabapentin is practically free and Lyrica is $500/mo. All I can see is keep trying. My PCP had previously put me on Nortriptyline which is an anti-depressant. Cymbalta is a serotonin inhibitor. I just thank God he threw me a bone with the Cymbalta because I was at my wits end. I still can’t do crap without a flare, still run the air conditioning on my feet even in the dead of winter in Michigan but at least I can go to the movie theater again (I usually sneak my flip flops or sandals off, sue me). I just pray for the day I can put me feet under the covers, wear socks or god forbid shoes, work out, etc. Oh, I will tell you I had the stomach and intestinal flu last week for 2-3 days. I didn’t have one flare the entire time, not even at night. Of course I was severely dehydrated too, but maybe there’s a clue to a cure in there somewhere.

Maybe you should try the drug i’m on? Primary erythromelalgia is known to be caused by a defect in sodium channel Nav1.7. The only compounds being researched by pharmaceutical companies for the treatment of erythromelalgia are ones aimed at blocking sodium channels. I take a sodium channel blocker that’s already available (mexiletine) and it works extremely well. It was the first drug my doctor (an anesthesiologist) tried and he basically hit a home run on the first pitch. I live a normal life. My symptoms were not mild, but it still turned them off.

I don’t understand why more doctors don’t try sodium channel blockers when a patient presents with erythromelalgia, considering that is the ONLY area being researched by pharmaceutical companies as a treatment option.

Wow, I cannot think you could at all function with such a high dose of gabapentin! My dr tried me on Lyrica 75 twice a day combined with Trepiline at night. I could feel the difference after taking Lyrica the first time. However, it take a while to really work, you have to persevere. I am on it for about 7 months and rarely get a flare and much lighter. It can take up to a year to take full effect. According to my dr the Cymbalta, that is expensive, works the same as Trepiline, a much cheaper one. I agree the Lyrica is very pricey, especially if your have to pay yourself. I started taking a low dose of aspirin, 100 mg a day, after 2 months stopped and then realised it really work as the flares started again. I also take Alpha Lipoic Acid, a anti-oxidant, and my feet are much less sensitive and the constant burning as if standing on hot sand stopped. Still onIy able to wear flip flops but the last 4 nights I was able to cover my feet for most of the time without flaring! I really hope you will get something that will make it more bearable.

That’s pretty much all I do every day is lay down with a fan blowing on my feet.

Dear D,
From what I’ve gleaned, most dr treating EM start us on Gabapentin. It’s so much less expensive than the second line of treatment, Lyrica. I was on gaba for 6-10 months (can’t remember exactly) and was drunk most of the time. Once I even fell out of bed. I told my dr. that hasnt happened since I was 3. I insisted on being put on Lyrica. Lyrica fog brain is embarrassing when you’re in conversation with friends when you can’t remember the name of your favorite actor, etc. it was so troubling that I had to have a serious think about it. It was either fog brain or pain. I had to choose. I chose lessening the pain. I’ve always been a little goofy anyway. One major side effect is getting rid of migraines. I was having 12-24 migraines a month and now they’re almost totally gone. Had done a lot of studying on our treatment and read that adding cymbalta to Lyrica had a better result in reducing neuropathic pain. Because EM is just one of 7,000 orphan diseases, we need to do the research, print it up, and present to ou dr. Hope you ca n use and of this info. Good luck Patricia