Last night something weird happened. I drank a pint of beer, alcohol being one of my most know triggers and just my toes in my left foot flared and then my right ear.
Does anyone have this unilateral flares? If so, does anyone know why it happens?

I have unilateral flares more often than not - one foot, just toes on one foot, one ear, etc. When both feet flare it is usually when I’ve been active (exercising or walking) or when it’s too warm. I have no idea why this happens - such a weird disorder.

Vines are very similar. 1 foot maybe swollen and on fire while the other is freezing cold. Sometimes both feet sometimes toes on one foot and heels on the other. No Rhyme or Reason. I have tried to link it to time of day ,weather Etc

Maybe if we had better understanding of the disease, we would know why that happens! 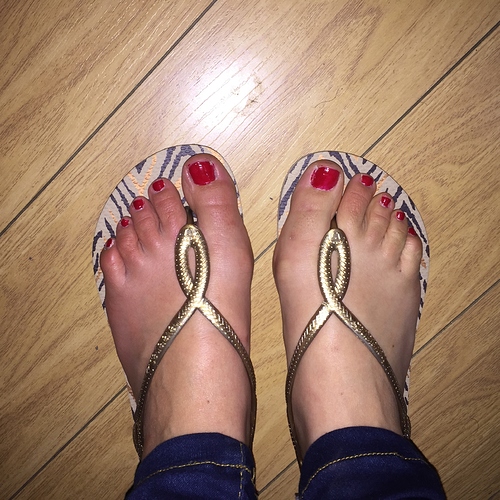 Actually, it maybe that the photo isn’t showing it up that well and I can see that the left one is more red than the right, but it doesn’t look incredibly different. When mine is bad or should I say was bad as now I am being treated for rheumatoid arthritis I am far better my feet and legs were much redder than your left one more like the photos on the home page of The Erythromelalgia Association.
One explanation that is possible to why one side is worse than the other could be to do with circulation, which is what the docs first thought was causing mine.

I’ve tested for RA and the test came back negative!

As I said could be the photo not showing it properly. Also just noticed I said rheumatoid arthritis and I was meant to say rheumatoid vasculitis

Is there a test por vasculitis?

The main test is CRP just a test for vasculitis but it’s a general check on inflammation levels.

I should have said that I do have rheumatoid arthritis which is the cause of rheumatoid vasculitis. Even so my rheumatologist wasn’t certain it was only when I had Rituximab infusions and it worked that confirmed it.

Left foot middle toe: for my first few days of getting daily EM flares one toe was the focus. By the end of that month I lost the nail. No injury prior. It did grow back. That was 2012. Over the past 2 years right knee flares greatly more than left.